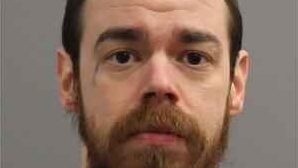 A 33-year-old Albert Lea man was sentenced to life in prison plus 10 years for sextortion and the online sexual exploitation of minors, the U.S. Attorney’s Office announced Friday.

At the time of these acts, Mayer was already a convicted sex offender.

The Attorney’s Office also said that in 2019, Mayer tried to obstruct justice by encouraging a witness to give false testimony regarding the child sexual exploitation investigation.

“For years, this defendant victimized children by sexually exploiting them,” U.S. Attorney Charles J. Kovats wrote. “Despite prior criminal convictions, Mayer continued his pattern of predatory behavior by exploiting, extorting, coercing, and threatening his minor victims. A sentence of life in prison is justified and ensures that he will never again victimize another child.”