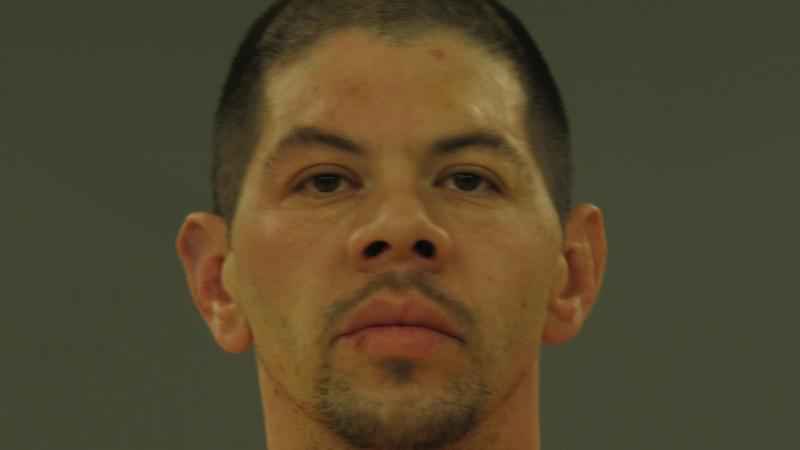 A Montrose man was sentenced to 207 months in prison Friday for the death of a man whose body was found along a roadway back in December of 2019.

Alejandro Vega Jr., 38, was found guilty of felony second-degree manslaughter and felony first-degree drug possession. He and was sentenced to about 17 years in prison — minus credit for 644 days already served — in Wright County.

According to a criminal complaint, a passerby discovered a dead man lying in the snow, wearing only a t-shirt, pajama shorts and socks, next to a remote, dead-end road in Meeker County on Dec. 29, 2019. Justin Edwin Warnke, a 34-year-old from Buffalo, was identified as the victim a few days later.

"We want the world to know what this monster did to our family member," Warnke’s cousin told 5 EYEWITNESS NEWS.

At the scene, police noted that Warnke had bruising around both of his eyes, his right eye was closed with "significant trauma," he was bleeding from the nose and there was a plastic bag filled with what appeared to be blood nearby, the complaint detailed. The Midwest Medical Examiner’s autopsy revealed deep muscle hemorrhaging in the neck and contusions showing that someone had forcefully held his mouth closed, indicating that he had been strangled. Warnke also had blunt force trauma to his head and chest.

Further investigation revealed that Warnke had been staying at an AmericInn in Monticello for a few days prior to his death. On Dec. 28, between 3 and 4 a.m., hotel staff told police that three men came to the hotel asking to visit Warnke’s room. They were denied by staff due to the late hour, and staff went to the room and found the door open but no one answered. They then found the window was open and its screen missing, the complaint states. They also found a wallet with Warnke’s driver’s license and a baggie that later tested to have a small amount of cocaine. Staff belief Warnke exited the room from the window and got locked out when staff closed the door.

Warnke was picked up after 4 a.m. from nearby the hotel. Surveillance video from the VFW adjacent to the inn caught Vega’s car and a man leaving the vehicle and walking to the hotel on camera.

At about 11:30 a.m., local authorities were called to the hotel after a man — Vega — wanted to retrieve items from the room Warnke was staying in. He told staff that his friend, Warnke, "had an emergency and had to go to the hospital." He was denied and left.

Staff from the apartment building Vega lived in contacted police on Jan. 1, according to the complaint, after they saw surveillance video of Vega carrying what appeared to be "a body wrapped in blankets" and "a head wrapped in a black garbage bag" from his apartment on Dec. 29.

During an interview with police, Vega said he left his apartment and returned to find Warnke unresponsive and lifeless in a bedroom. The complaint states that he dragged Warnke’s body toward his kitchen, put black garbage bags over his head due to bleeding and used rope from his garage to tie Warnke’s body to an appliance cart. He also told police he got rid of a sweatshirt of Warnke’s and took out portions of his carpet that were bloody. Vega and the victim were using controlled substances together before he died, according to Vega’s interview.

A warranted search of Vega’s apartment revealed blood, drugs and missing carpet, as well as an appliance dolly in his garage.

According to the complaint, Vega put Warnke’s body — still tied to the cart — into his trunk at about 1:20 a.m. on Dec. 29 and dumped it near the remote road at around 2 a.m. The body was found about six hours later.

During hearings spanning from January 2020 to October 2021, initial second-degree murder charges were dismissed in February, according to court documents. Vega entered a guilty plea to manslaughter and drug possession on Aug. 20. He will serve the two prison terms consecutively.

Vega is currently in custody at the Wright County Jail.