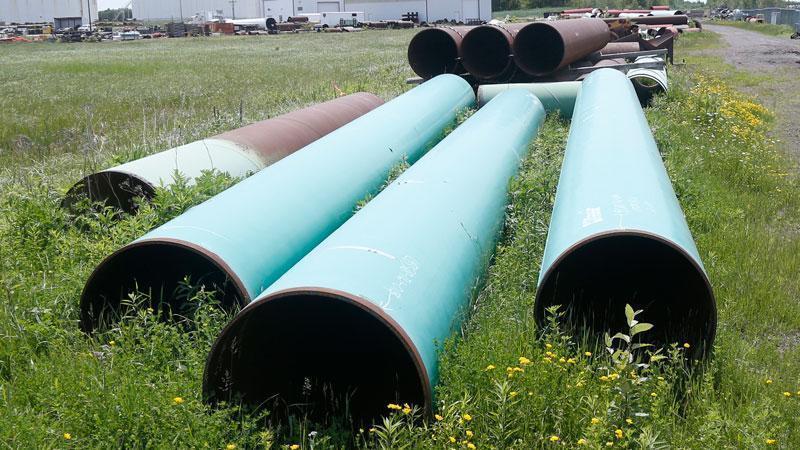 The sheriff’s office states on Thursday at about 9:22 a.m., a call was received reporting "15-20" protesters trespassing on the pipeline 10 miles north of Park Rapids in Arago Township. As deputies responded to the trespassing complaint, more reports stated that Highway 71 was being blocked as more protesters began to arrive in the area.

According to deputies at the scene, there were about 100 protesters, or water protectors, either on Highway 71 or chained to heavy equipment on an active work site of the pipeline.

Also during the incident, a vehicle driven by a water protector fled the scene on 260th Street and attempted to run over one of the officers. A pursuit ensued onto Highway 71, where the suspect entered the ditch and was stopped just before plunging into Hay Creek. The driver was then taken into custody.

The next day, three more people were arrested for trespassing, unlawful assembly, public nuisance and felony theft charges. All three are residents from Ohio and range in ages 66 to 77.

Protests have erupted recently over the pipeline’s development, with multiple arrests being made in each event.