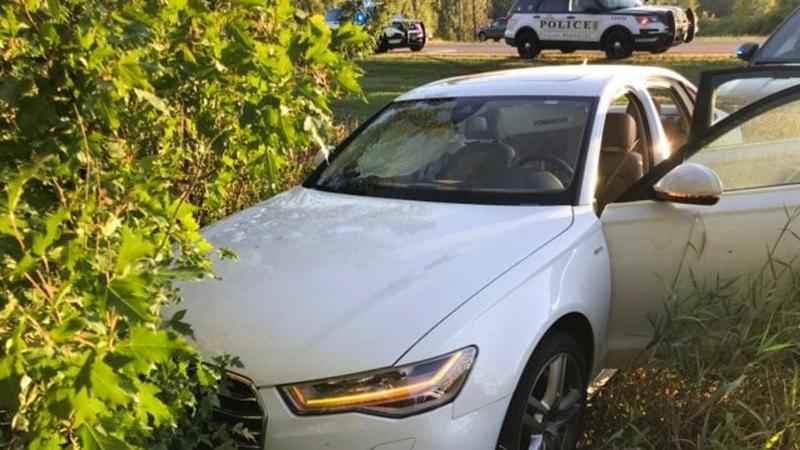 Three teenagers are in custody as of Saturday after they attempted to steal a vehicle in Woodbury and then fled from police.

According to the Woodbury Police Department, officers responded to reports of a group of teens attempting to take a vehicle from a garage in the 9100 block of Heritage Way and another in the 4800 block of Ashton Curve.

Police said the teens fled when confronted by others. The callers were able to provide a good vehicle description — a white Audi sedan —a vehicle known to be stolen from a previous incident in Woodbury.

Police, later on, were able to locate the suspect vehicle. According to police, officers coordinated with one another, and before they initiated a traffic stop by activating their emergency lights and siren, the Audi fled from officers, struck a road sign, resulting in a loss of control. The vehicle came to rest at Radio Drive and Seasons Parkway shortly after.

All three occupants fled on foot once the vehicle crashed. Officers chased them and all three were subsequently caught, said police.

Aside from the stolen Audi, no other vehicles were damaged, and no one else was hurt.