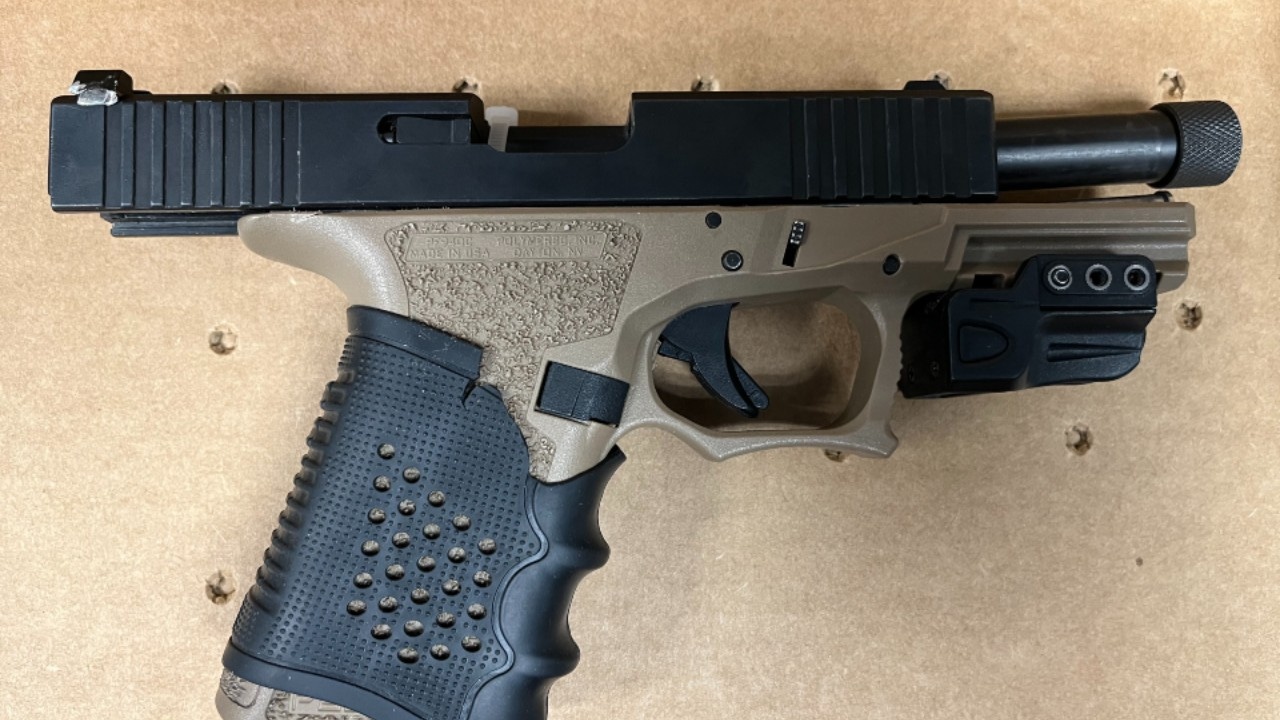 A gun seized by Brooklyn Center police who responded to a disturbance during the graduation ceremony at the high school on June 8, 2022. (Brooklyn Center Police Department)

Three men were arrested and two guns were recovered after police were called about a disturbance at a Brooklyn Center graduation ceremony.

The Brooklyn Center Police Department said officers were called to the high school just before 6:40 p.m. Wednesday on a report of a large disturbance. School officials also said they’d removed three men, as they believed they may have been armed with guns.

According to the department, officers were already at the school and saw three men who matched the suspect descriptions walking away from the property. Officers stopped them and recovered two guns.

Police said one of the guns was stolen out of Brooklyn Park and the other didn’t have a serial number on it.

The men were taken to Hennepin County Jail for weapons offenses, police said.