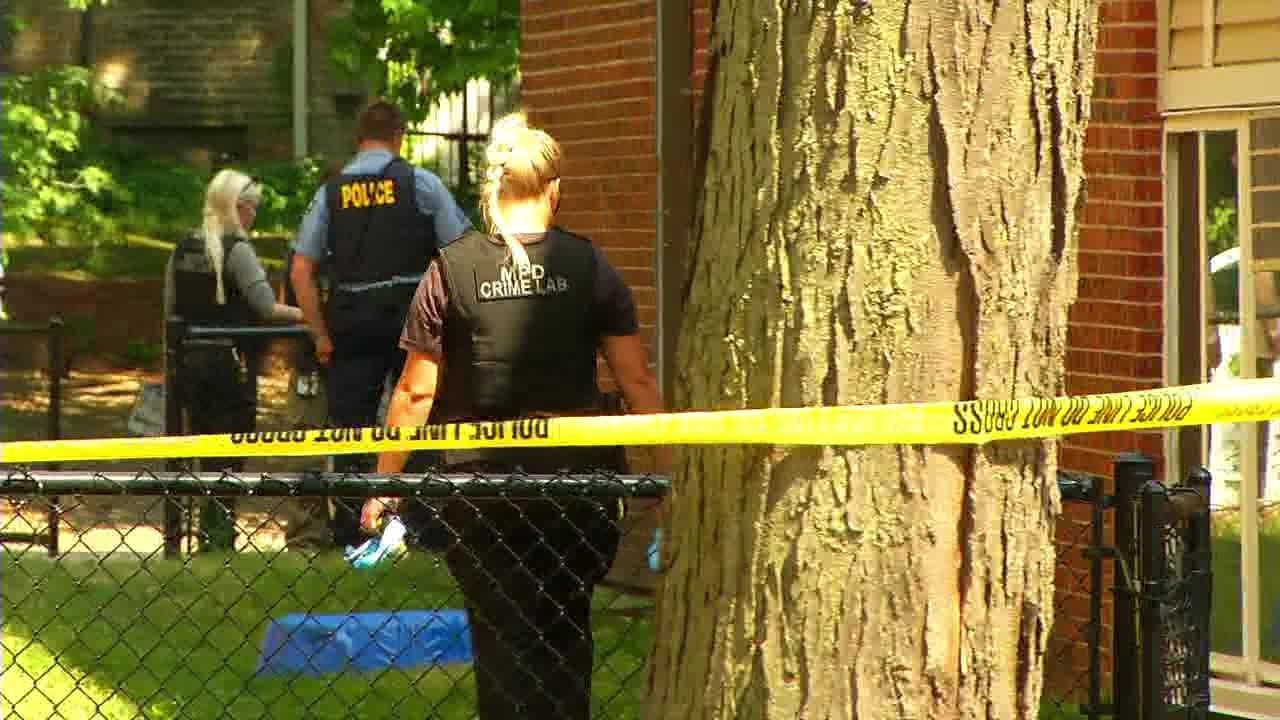 Minneapolis Police Department investigators collect evidence at the scene of a deadly shooting Monday, June 27, 2022, in the Whittier neighborhood of Minneapolis. (KSTP)

The Hennepin County Medical Examiner’s Office has released the names of two Illinois men who were killed in separate shootings in the past week in Minneapolis.

Lamontay Giovanni Brown, 19, of Danville, Illinois, and Marcus Deani Sanders, 31, of Chicago, were identified Wednesday as the 43rd and 44th homicide victims in Minneapolis this year.

Brown was found shot in the back just after midnight Saturday morning on the 700 block of 31st Avenue North.

Officers first responded to a ShotSpotter activation near Lowry and Aldrich avenues and were directed to a report of a man who was down behind a home nearby. Brown was taken to North Memorial Health Hospital but died soon after.

Minneapolis police say just after 1 p.m., officers responded to a reported shooting near 26th Street East and Stevens Avenue South. Sanders was found with life-threatening injuries and was taken to the hospital, where he died within the hour.

Investigators believe the shooting stemmed from an argument among a group of four people that led to at least two of them drawing their guns. It’s unclear how many weapons were fired and by whom.

So far police have not announced any arrests in either case.