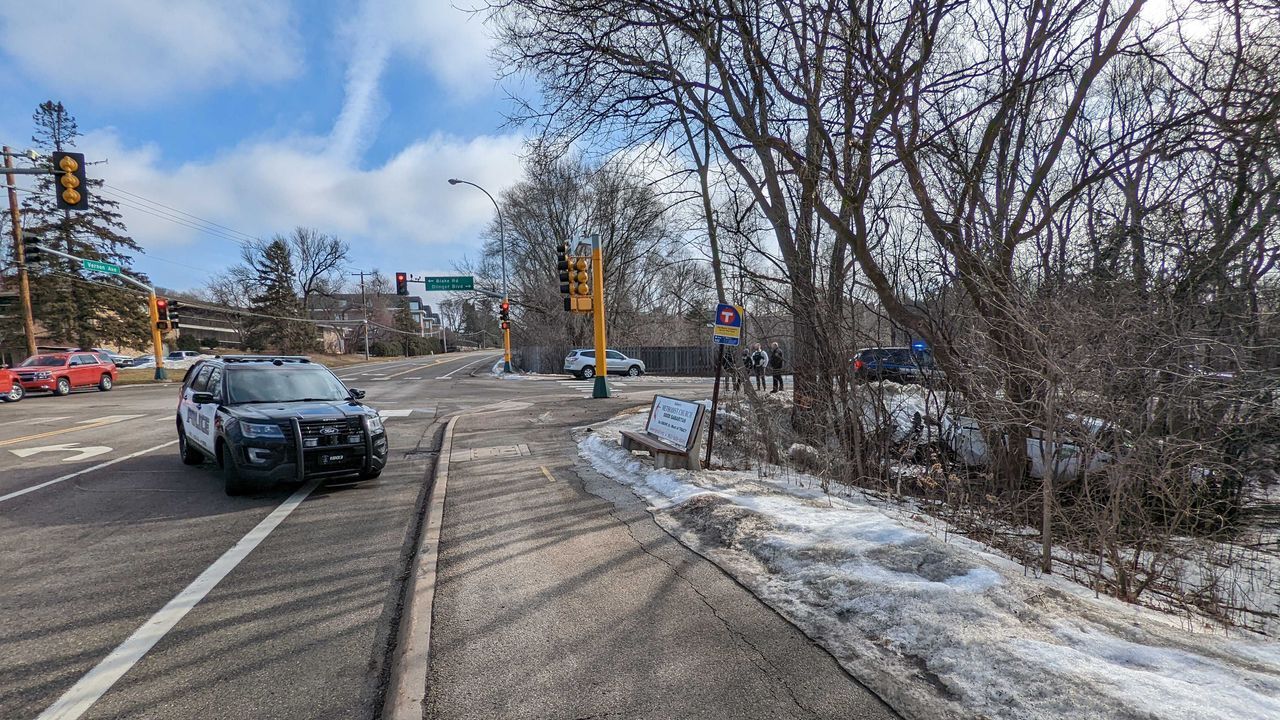 Police block the area of Vernon Avenue South and Olinger Boulevard in Edina after a vehicle crashed into a squad car on March 17, 2022. (Nathan Bergeson/KSTP)

Authorities say a person was arrested Thursday morning after a stolen vehicle crashed into an Edina police squad car.

According to Edina Police, the incident happened around 9:30 a.m. near the intersection of Vernon Avenue South and Olinger Boulevard.

Police say the driver of a truck and trailer that were stolen from St. Louis Park deliberately crashed into an officer’s squad while trying to flee. The squad wasn’t occupied during the crash, and nobody was injured.

The driver was arrested.

Crews were still cleaning the area up at around 10:15 a.m., with traffic being diverted from the area.