Back of the line: Charity only goes so far in world vaccines 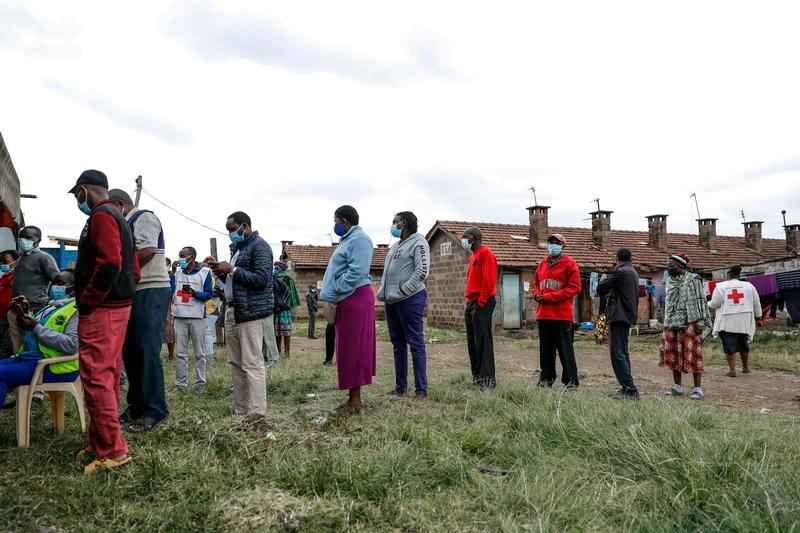 Kenyans queue to receive the AstraZeneca coronavirus vaccine donated by Britain, at the Makongeni Estate in Nairobi, Kenya Saturday, Aug. 14, 2021. In late June, the international system for sharing coronavirus vaccines sent about 530,000 doses to Britain – more than double the amount sent that month to the entire continent of Africa. It was the latest example of how a system that was supposed to guarantee low and middle-income countries vaccines is failing, leaving them at the mercy of haphazard donations from rich countries.[AP Photo/Brian Inganga]

Low-income countries were supposed to get COVID-19 vaccines through a shared international system instead of waiting at the back of the line for unreliable donations from rich countries. It hasn’t worked out that way. Some rich countries bought up doses through the initiative known as COVAX despite already having vaccines. Britain, for example, received more than twice as many COVAX doses in June as the entire continent of Africa. A tally by The Associated Press shows that many poorer countries have landed in exactly the predicament the initiative was supposed to avoid. They are once again at the mercy of donations, which are falling far short of what was promised.