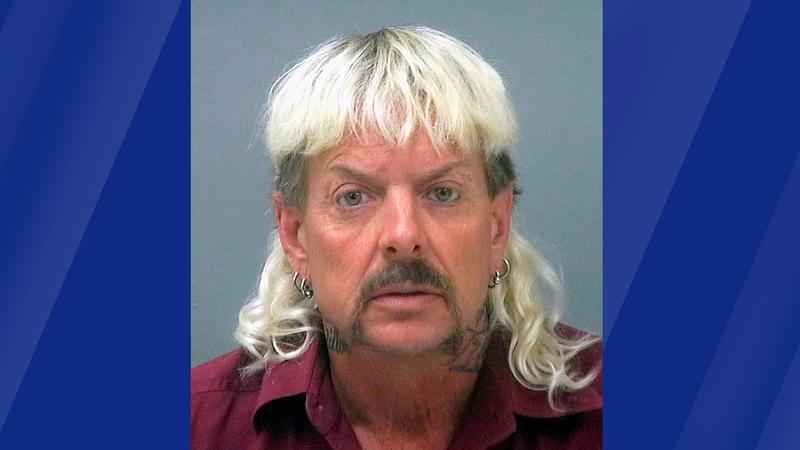 This undated file photo provided by the Santa Rose County Jail in Milton, Fla., shows Joseph Maldonado-Passage, also known as Joe Exotic. The man known as the "Tiger King" who gained fame in a Netflix documentary following his conviction for trying to hire someone to kill an animal rights activist says he has an "aggressive cancer."[Santa Rosa County Jail via AP]

The man known as "Tiger King," who gained fame in a Netflix documentary following his conviction for trying to hire someone to kill an animal rights activist, says he has cancer.

"It is with a sad face that I have to tell you … that my prostate biopsy’s came back with an aggressive cancer," Joe Exotic, who is being held at a federal prison in Fort Worth, Texas, wrote on a Twitter post Wednesday.

The blond mullet-wearing former Oklahoma zookeeper, whose real name is Joseph Maldonado-Passage, is known for his expletive-laden rants on YouTube and a failed 2018 Oklahoma gubernatorial campaign.

He was prominently featured in the popular documentary "Tiger King: Murder, Mayhem and Madness."

He was sentenced to 22 years in prison in 2020 after being convicted for violating federal wildlife laws and a failed murder-for-hire plot targeting Carole Baskin, who runs a rescue sanctuary for big cats in Florida.

A three-judge panel for the U.S. Court of Appeals for the 10th Circuit in Denver in July ordered Maldonado-Passage be resentenced to a shorter term, finding that the trial court wrongly treated the two convictions separately in calculating his prison term.

Maldonado-Passage wrote on Twitter for prayers and "the world to be my voice to be released," saying there is no evidence he committed crimes.