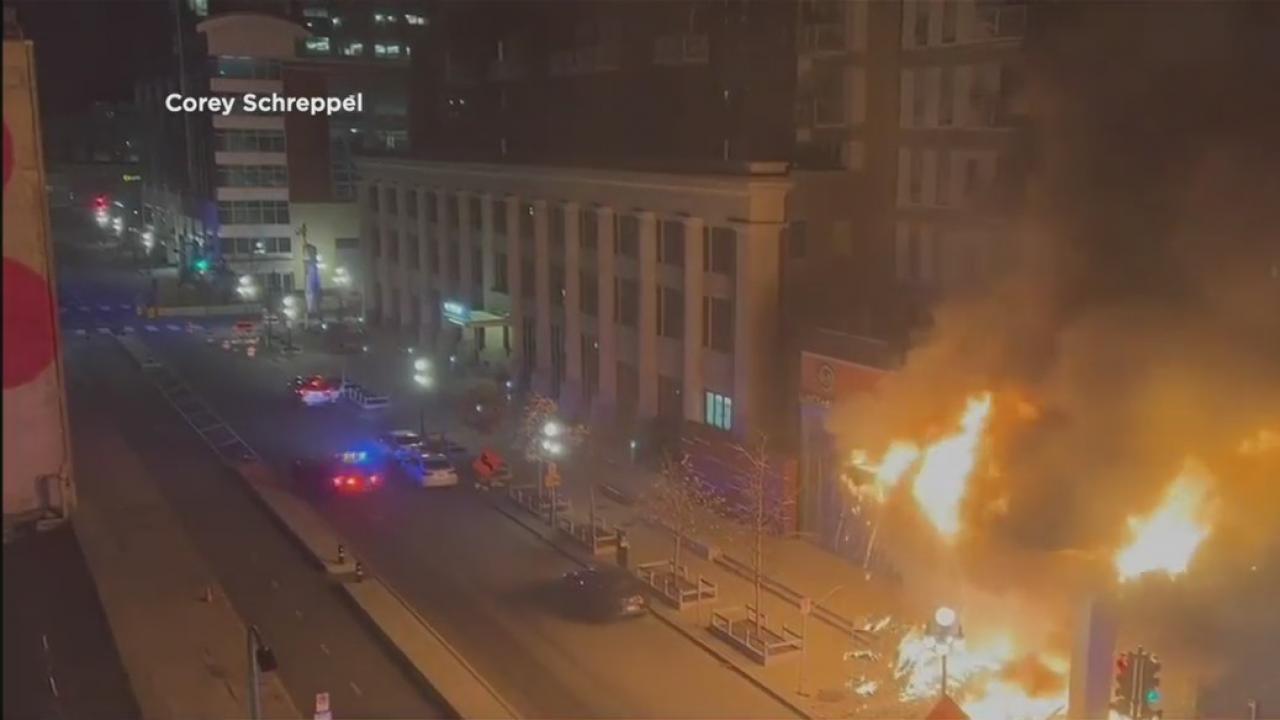 Fire crews were called to the store, located near Robert St. North and 10th Street East, at around 2 a.m. Tuesday. Officials said the flames caused extensive damage to the building’s exterior but sprinklers inside the store went off.

The St. Paul Fire Department later said it was investigating the fire as arson. That investigation remains active.