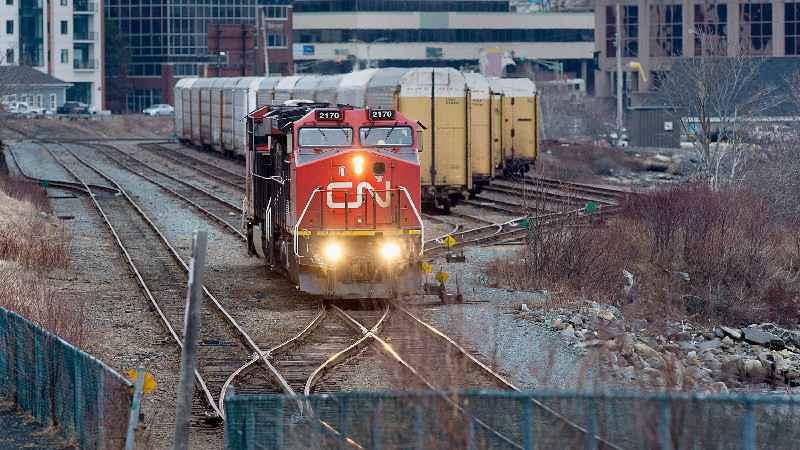 Canadian National has made its final pitch to regulators for preliminary approval of its $33.6 billion acquisition of Kansas City Southern railroad.

The Canadian railroad reiterated its main arguments for the deal in a detailed filing with the Surface Transportation Board on Tuesday. Earlier this spring, regulators indicated they would take a cautious approach to approving Canadian National’s plan to set up a voting trust that would acquire Kansas City Southern and hold the railroad during the STB’s lengthy review of the overall deal.

More than 2,000 letters were filed with regulators with most of them supporting the deal, but it also attracted strong opposition from rival Canadian Pacific railroad and several hundred commenters who raised concerns about the merger hurting competition. Canadian Pacific lost out on the chance to acquire Kansas City Southern when it refused to increase its original $25 billion bid for the smaller U.S. railroad, but CP has continued to seek STB approval for its combination with Kansas City Southern, so it will be prepared if the CN deal fails to get approval.

“We are confident that our voting trust meets all the standards set forth by the STB and believe that, after a fair and thorough review by the STB, it should be approved,” Canadian National CEO JJ Ruest said.

The Surface Transportation Board’s current merger rules haven’t been tested because it hasn’t approved any major railroad mergers since the 1990s. It has generally said that any deal involving one of the nation’s six largest railroads needs to enhance competition and serve the public interest to get approved. The board has also said it would consider whether any deal would destabilize the industry and prompt additional mergers.

When the STB initially rejected Canadian National’s voting trust plan on a technicality in May, regulators questioned whether the level of debt Canadian National plans to take on to buy Kansas City Southern would undermine the financial stability of the railroad. Canadian National has said it believes it would remain financially sound after the deal and it would pay down the debt quickly because it has suspended stock repurchases. The STB also requested more details about the merger plan.

Canadian Pacific has maintained that allowing CN to buy Kansas City Southern would hurt competition across much of the central United States because those railroads operate parallel rail lines that connect the Gulf Coast to the Midwest. CP officials have also said that CN’s plan would add to rail congestion in the Chicago area, and it would likely inspire other railroads to attempt mergers.

Canadian National said it believes it can address the competitive concerns through its operating plan and by selling 70 miles of track between New Orleans and Baton Rouge, Louisiana where Kansas City Southern’s network directly overlaps with CN’s tracks. Canadian National said that after the merger it would also maintain its connections with other railroads to allow customers to ship goods using a combination of different railroads if they choose to.