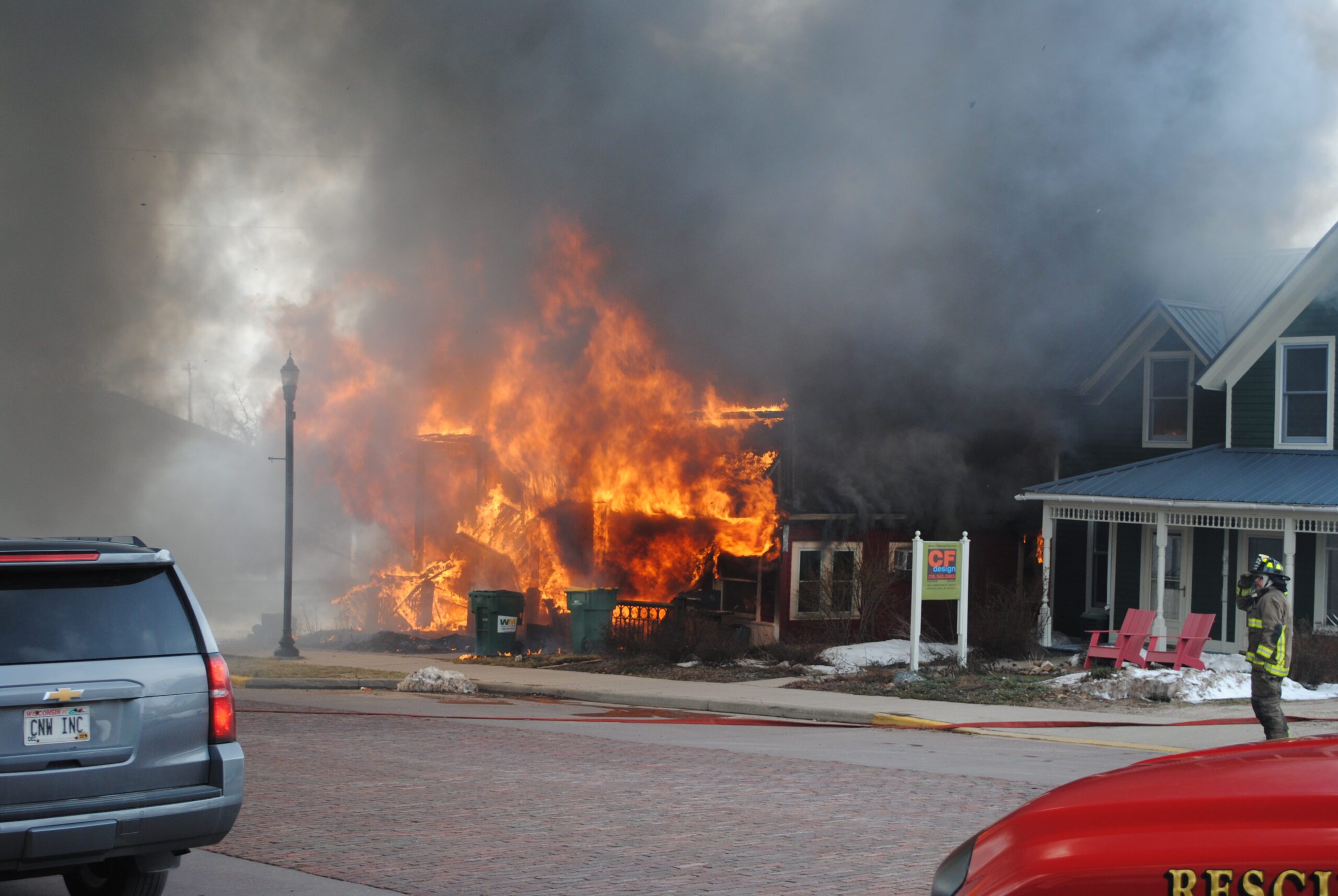 A home is a total loss after a fire in Bayfield, WI (Credit: Jon Armstrong).

A Bayfield structure fire broke out Saturday afternoon causing fire fighters to battle the blaze for about six to seven hours.

WDIO reports the structure fire happened around 1:00 p.m. and then started to spread to the building behind it.

The building damaged spanned from Rittenhouse Avenue to Mannypenny Avenue. The fire originated in a residential building which has been deemed a complete loss.

Fire Chief Jeff Boutin confirmed with WDIO News that around eight people are now displaced due to the fire completely destroying the residence.