Philippe Diallo, vice-president of the French soccer federation (FFF), is pictured at the federation headquarters, Wednesday, Jan. 11, 2023 in Paris. The troubled 81-year-old soccer head of the FFF Noel Le Great has previously faced claims of sexual harassment and the French federation is the target of an investigation ordered by Sports Minister. Le Graet has had a tumultuous week after saying he "couldn't care less" about Zinedine Zidane's future as a coach, and the latest accusation led to calls for his resignation from the head of the French Football Federation's ethics council. (AP Photo/Michel Euler)[ASSOCIATED PRESS/Michel Euler]

In a message to The Associated Press, the prosecutor’s office said the investigation was opened Monday following a report by the General Inspectorate of Education, Sport and Research. It will be carried out by a special police unit dedicated to crimes against individuals.

The investigation was launched after sports agent Sonia Souid accused Le Graët of improper conduct over several years, saying he only was interested in her sexually. Souid said in an interview with L’Equipe sports daily that Le Graët repeatedly tried to approach her from 2013-17.

The 81-year-old Le Graët agreed last week to step back from his duties as president of the federation following an emergency executive committee meeting into his behavior.

Le Graët has faced several claims of sexual harassment and the soccer federation is the target of an investigation ordered by French Sports Minister Amélie Oudéa-Castéra. 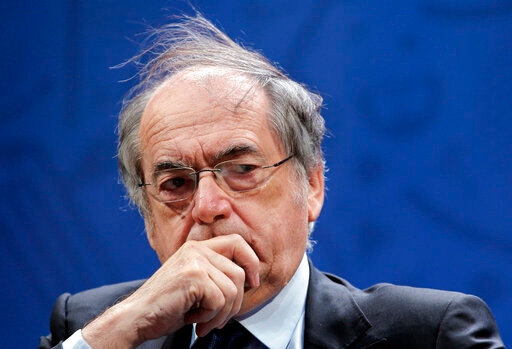 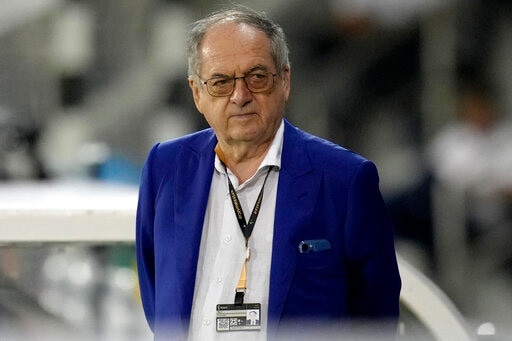 Le Graët denied accusations of harassment in a statement to French news agency AFP quoted by local media. He also blamed sports minister Amélie Oudéa-Castéra for “numerous interferences and political pressures.” Neither the French federation nor Le Graët’s lawyer responded to requests for the statement.

Le Graët, who has also been criticized this month for a perceived disrespect toward France soccer great Zinédine Zidane, has agreed to step away from his role until the audit’s findings have been fully reviewed by the executive committee, likely by the end of January. Until then, he is being replaced in an interim role by federation vice president Philippe Diallo.

Oudéa-Castéra ordered an investigation into the federation in September after the body said it would file a defamation lawsuit against So Foot magazine, which reported that Le Graët allegedly harassed several female employees.

Le Graët was re-elected to a four-year term last March. He is currently a candidate for another four-year term on the FIFA Council, the international soccer body’s decision-making committee.

Souid, who said she first met Le Graët in 2013, told L’Equipe that he texted her to ask her out or tell her he missed her. Souid said he never went too far verbally but made clear she should have sex with him to move her ideas forward.

Souid said she was hurt by Le Graët’s attitude and that she thought about ending her career as an agent. Asked whether Le Graët helped her professionally at some point, Souid said he helped her find the phone number of coach Corinne Diacre and that he tried to help her with business class plane tickets for France player Amandine Henry.