By ALANIS THAMES The Associated Press

MIAMI GARDENS, Fla. (AP) — The Jets started the season 7-4 and looked to be on their way to the playoffs before losing their final six games of the season. Despite the disappointing collapse punctuated by an 11-6 loss to the Dolphins in the regular season finale, the Jets have talent on both sides of the ball. And coach Robert Saleh said he’s confident his team will turn things around next season. New York finished 7-10 after failing to score a touchdown for the third straight game. The Jets finished last in the AFC East for the third year in a row and sixth time in seven years. 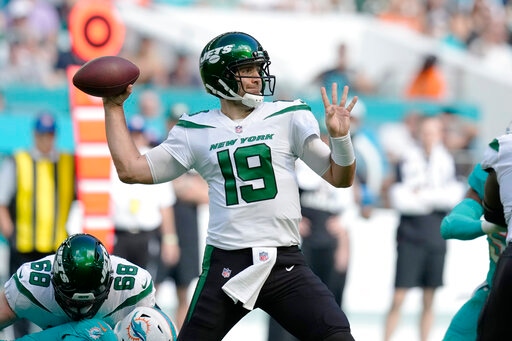