No. 2 Ohio State, No. 3 Michigan to meet with much at stake

By LARRY LAGE The Associated Press 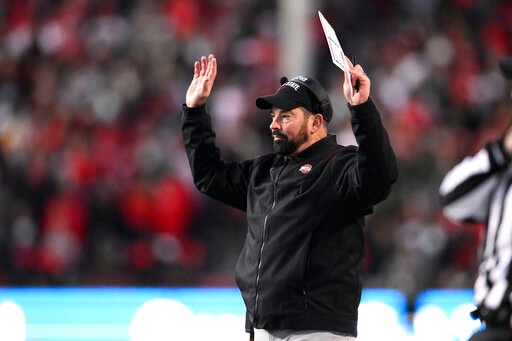 ANN ARBOR, Mich. (AP) — One of the greatest rivalries in sports seems set up for another classic. No. 2 Ohio State and No. 3 Michigan will both be ranked in the top five of the AP poll for the 12th time when they meet Saturday at the Horseshoe in what’s known as The Game. The winner will earn a trip to the Big Ten championship game and a probable spot in the College Football Playoff. The Wolverines are coming off a rare win in the series. Until Jim Harbaugh finally beat the Buckyes last year at home, they had won a school-record eight straight and 15 of 16 against Michigan. 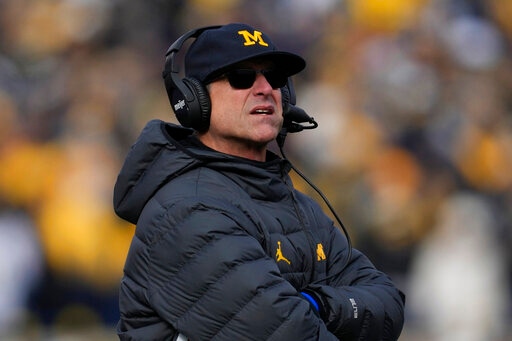 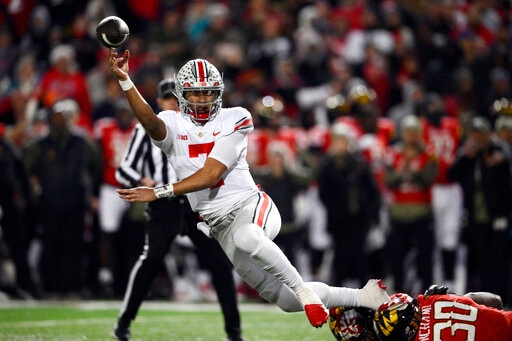 Ohio State running back TreVeyon Henderson celebrates his touchdown during the first half of an NCAA college football game against Maryland, Saturday, Nov. 19, 2022, in College Park, Md. (AP Photo/Nick Wass)