Brian Flores interviews with Browns to run their defense

By TOM WITHERS The Associated Press 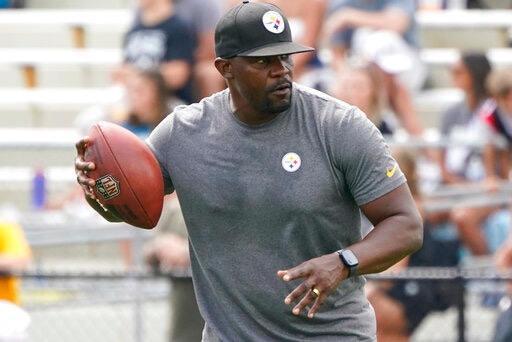 CLEVELAND (AP) — Brian Flores landed in the AFC North last season. He might be ready to make a move inside the division. Flores joined coach Mike Tomlin’s staff in Pittsburgh following his messy departure in Miami and now is interviewing with the Cleveland Browns to be their new defensive coordinator. Flores is the second candidate to meet with the Browns. They previously interviewed former Detroit Lions coach Jim Schwartz. Flores is on the radar of several other teams. It’s possible he could be looking to get another shot as a head coach. The 41-year-old went 24-25 in three seasons with the Dolphins. He was fired after the 2021 season and filed a lawsuit alleging racial discrimination.