By STEVE DOUGLAS The Associated Press

Erling Haaland can break all sorts of Premier League scoring records this season and it still might not secure Manchester City another title. That’s because there is just no stopping Arsenal which overcame another big obstacle in its bid for a first league title since 2004. A few hours after Haaland scored his fourth hat trick of the season in City’s 3-0 win over Wolverhampton, Arsenal responded by beating Manchester United 3-2 thanks to a 90th-minute winner by Eddie Nketiah. Arsenal stayed five points clear of City. The top two must still meet each other twice in the league so there is scope for a turnaround. It’ll need Arsenal to slow down and Haaland to keep on scoring. 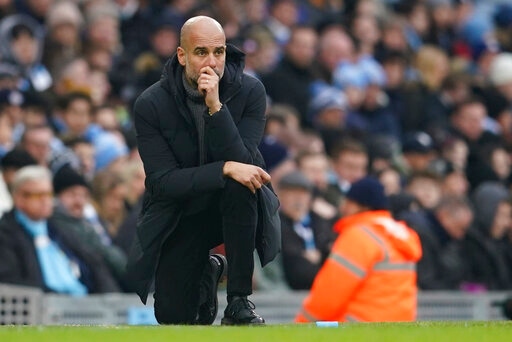