County jails in Minnesota that have contracts with the federal government are making millions of dollars every year off an immigration system plagued by delays, confusion and inefficiency, according to financial records and federal court documents analyzed by 5 INVESTIGATES.

A review of 160 court cases since the start of 2017 shows immigrants spent months, and even years, locked up in county jails as they waited to be deported. The longer the wait, the more money counties made on what immigration attorneys call "lucrative" contracts to hold immigrants for Immigration and Customs and Enforcement (ICE).

"Obviously, we’re not going to provide a service for the federal government that negatively impacts our taxpayers," said Sherburne County Board Chair Tim Dolan. 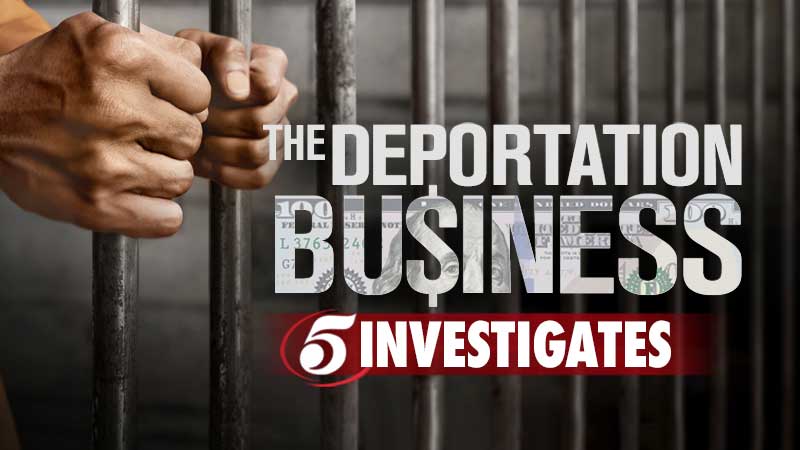 The financial windfall is being propelled, in part, by a flood of detentions across the country in recent years that has overwhelmed federal agencies and immigration courts, according to a former immigration judge.

"There was a big push to start detaining everyone," said Susan Castro, who retired in 2017 after spending two decades on the bench. "I think that’s one of the problems with trying to fix the system because there’s so much money involved."

That system is being increasingly challenged by immigrants who are accusing federal agents and county sheriffs of unlawfully detaining them for extended periods.

U.S. Attorney for Minnesota Erica MacDonald acknowledged the rising number of those challenges—known as habeas petitions—in a memo to the court in March, writing that the "immigration habeas docket in this district has increased dramatically."

In a statement to 5 INVESTIGATES, MacDonald’s office wrote, "Most immigration habeas cases…are brought by individuals with serious criminal convictions whose detention is therefore mandated under federal law."

However, the database created by 5 INVESTIGATES found at least 40 immigrants (about one out of four) who challenged their detention in Minnesota since 2017 had misdemeanor, non-violent offenses, or had not been charged with a crime at all.

ICE paid Minnesota counties almost $1 million to hold that group of immigrants—arguing that several were either a flight risk or a threat to their communities.

Lawyers for one man from Somalia argued he had been detained for six months in Sherburne County even though, "He has no criminal record other than traffic and parking violations."

By the time a judge ordered his release from jail in November 2018, ICE had already paid the county more than $17,000.

"When you look at the specific population being held, to a great degree… is very violent, very dangerous," Zerwas said, adding that those counties are playing a "leading role in helping secure and defend our border."

Immigrants with felony convictions have also had their deportations delayed due to costly miscommunication and inefficiency, according to a 5 INVESTIGATES review of court records.

Almost two years after ICE agents detained a man from Ghana who had been convicted of fraud, a federal judge criticized ICE for "inexplicably" transferring him six times, across four states, without the travel documents needed for deportation. He went from Minnesota to Louisiana, Arizona, back to Minnesota, a second time to Louisiana, and later to Alabama.

A judge ordered ICE to release him in June 2018.

In another case, the lawyer for an immigrant from Mexico, who had been detained for more than two years, told the court, "this is a case where the left hand…does not know what the right hand is doing."

Those immigrants ultimately asked federal judges to intervene as part of their habeas petitions, arguing their prolonged detention of six months or more, without a bond hearing, violated their 5th Amendment rights to due process.

Abdulkadir Abdi, 40, was released earlier this year after a judge ruled that his continued detention without a bond hearing would violate his constitutional rights.

ICE agents detained him during a routine immigration check-in at the federal building in Bloomington in January 2018.

"Once they said ‘sit down,’ I knew something was wrong," Abdi said.

A reformed gang member and former teenaged refugee of civil war in Somalia, Abdi had stayed out of trouble for more than a decade before agents detained him on a deportation order originally issued in 2006.

"(They said), ‘You have a warrant for detention and we will deport you in two weeks,’" Abdi said.

But he wasn’t deported.

Abdi spent the next 13 months locked up—most of that time at the Sherburne County Jail, which makes up to $100 a day, per person from ICE.

In addition to Abdi’s case, County Sheriff Joel Brott has been named as a defendant along with federal immigration authorities in nearly 60 habeas petitions filed in U.S. District Court by immigrants who said they were unlawfully detained.

Brott declined an interview request by 5 INVESTIGATES, but Tim Dolan, the County Board Chair, defended the county’s contract with ICE and its role in the deportation process.

"We’re strictly a housing contract and that’s where our partnership ends," he said.

Over the summer, Sherburne County submitted a proposal that would have added 200 more beds for immigrant detainees at the jail. Although that proposal is no longer being considered, Dolan says he supports continuing to work with ICE beyond the current contract, which ends in 2022.

However, critics of the ICE contracts dismiss the argument that it’s a break-even deal for counties.

"Why else would they want to make more bed space?" said Susan Castro, the former immigration judge.

"I don’t know that counties are that different than private prisons that seek to make money off of holding immigrant detainees," she said.

Dolan acknowledged the increasing stream of federal revenue has padded Sherburne County’s coffers and even helped with a multi-million dollar renovation of its government center earlier this year.

He says the habeas filings by immigrants challenging their detention are simply another part of a system that’s "as good as any in the world."

"When those people are released, that’s a testament to the fact that it works," Dolan said.

Asked if immigrants awaiting deportation should be held for more than a year in the county’s jail, Dolan responded, "In a perfect world, no."