Investigators with the Crystal Police Department are once again asking for the public’s help after exhausting all credible leads in a violent home invasion robbery that led to a 99-year-old man’s death in December.

Just four days after the crime, police say John Gosche died from complications related to an arm injury he suffered when two unknown men entered his home and robbed him and his wife.

Gosche’s wife, Geraldine, died a short time after him.

Before she passed away, police say Mrs. Gosche wasn’t able to give them much of a description of the attackers, who she said were wearing hoods and stocking caps with much of their faces covered.

"Our team would like to find justice for this family," said Deputy Police Chief Brian Hubbard. 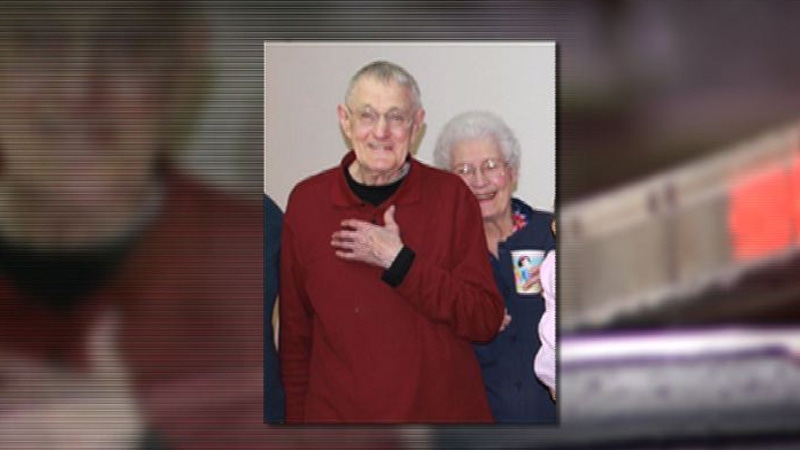 According to a search warrant application that’s now public, the two criminals got away with $6,000 in cash in a blue bank bag after threatening and roughing up the couple in their home.

Investigators say they now believe the two assailants had the code to the home’s garage keypad, allowing them to get inside.

"They seemed like they really did know that there was going to be cash in that house. It was not random," Hubbard said.

Police aren’t the only ones frustrated with the lack of good information in the case. Dr. William Leon says he had been a close friend of the couple since he bought Gosche’s dental practice next door to the home in 2005.

"They were really like a family for us," said Leon, who is also confident the victims were not chosen at random. He says the couple frequently had visitors to their home for medical services and other work around the house.

"My first thought was it should be somebody that knows them. It could be people that they were close to during all of this time," Leon said.

Police confirm a judge recently granted them a warrant to search "location history data" held by Google in an effort to identify whether someone’s cellphone was at the victims’ house on the day and time of the robbery.

Just like other leads in the case, police say the search did not yield any results.

"We’re not at the point where we would rule anybody out as a suspect, but the person we were looking for – that warrant would suggest that person was not in the area," Hubbard said.

Now investigators, old friends and neighbors are once again hoping someone who knows something will come forward.

"Every time I walk by [the house], I’m just kind of thinking about who is it? Is it somebody I know? I just don’t know who would do such a thing like that," said next-door neighbor Jaspher Omwio.

"We don’t want this to be a cold case. We want this case solved for this family," Hubbard said.

Investigators say anyone with information in the case should contact the Crystal Police Department at 763-531-1014.