As the CEO and Funeral Director of the only Black owned funeral home in the Twin Cities, Tracy Wesley has arranged the services for Barway Collins, Jamar Clark, George Floyd, Daunte Wright, as well as many more whose deaths did not receive national attention.

“There’s not a lot of economic wealth in this area of the city. People still die and you often have to serve families,” Wesley said. “And that’s something that we pride (ourselves) on, is being able to help people who may not have in this community.”

Wesley was recently described as the “Shepherd of Black grief in Minneapolis.”

But state investigators now say Wesley and Estes Funeral Chapel engaged in a pattern of conduct that “goes against the very principal (sic) of ensuring public health and protecting the public at large,” according to records reviewed by 5 INVESTIGATES.

The Minnesota Department of Health recently fined Wesley and Estes a combined $90,000 for violations that included allowing an unlicensed assistant to prepare a body for burial.

A key piece of evidence in the state’s investigation was cell phone video from 2019 showing Wesley’s assistant, Bruce DeArmon Sr., in the embalming room at Estes, working alone with a body on the table. 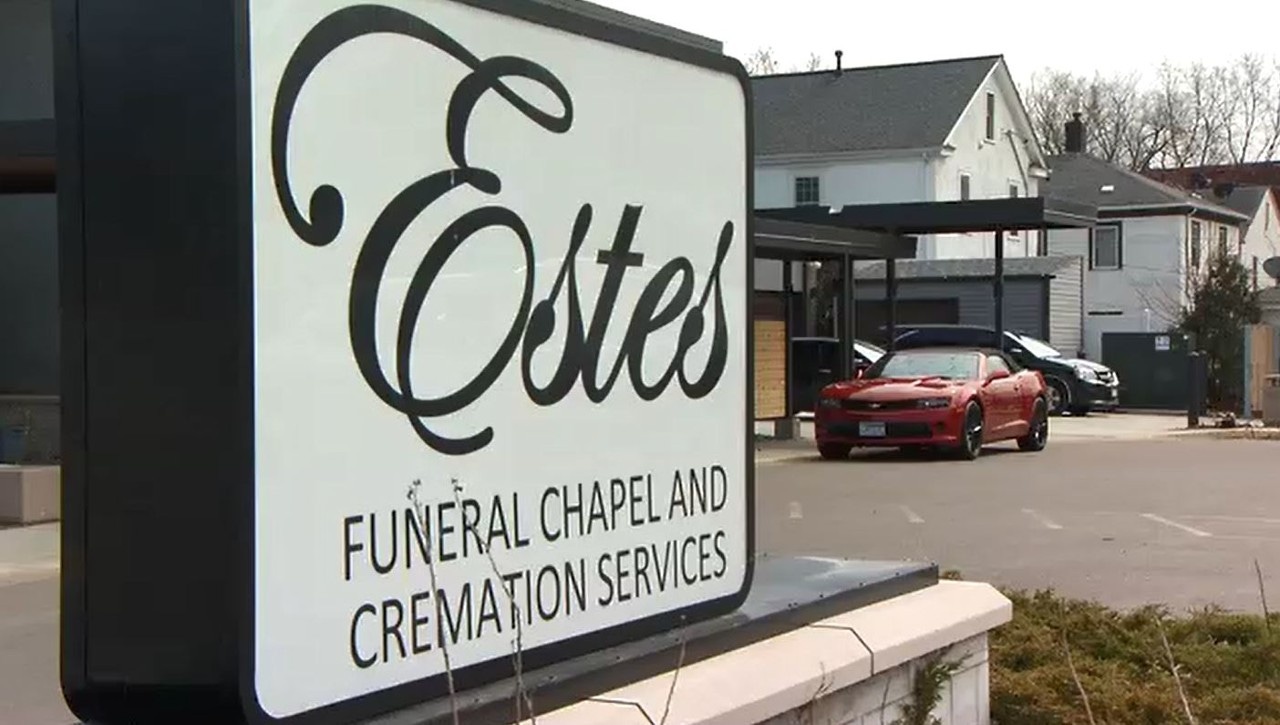 The person recording was Camille Boone-Harrison, the now-former business manager at the funeral home.

“I was horrified. I just couldn’t believe it,” Boone-Harrison said in an interview last month.

She was one of at least two former employees of Estes who filed complaints with the state, 5 INVESTIGATES has confirmed.

“I think that customers, their families have a right to know,” Boone-Harrison said. “People just come to Estes because it’s Black owned. They want to support the funeral home, but what they don’t know is what’s happening behind closed doors.”

Wesley admits the video shows his assistant preparing a body, but says DeArmon Sr. was studying mortuary science at the time and, as a student, was authorized to work under his supervision.

Wesley insists they were “set up” by Boone-Harrison, who he describes as a disgruntled former employee.

“As (DeArmon Sr.) was working on a case that we were finishing up on, I stepped outside to get towels, this individual is coming back here,” Wesley said. “why would you have a camera on if you were not trying to set me up or sabotage what we’re doing here?”

State investigators added that Wesley’s assistant also appeared on “monthly calendars,” showing that he had previously “practiced mortuary science without possessing a valid license to do so.”

Wesley says DeArmon Sr. is no longer preparing bodies and has moved to managing the business of the funeral home.

In addition to the unlicensed work performed by Wesley’s assistant, MDH also found Wesley himself had failed to complete certificates of removal for 17 bodies, as well as embalming authorizations for five bodies, statements of funeral goods and services, and a cremation authorization for one body in early 2019.

“If they’re saying there are things they didn’t find, I wouldn’t say they had a reason to lie,” Wesley said. “It could’ve been paperwork that was misfiled or maybe misplaced.”

Wesley also allowed his mortuary license to briefly lapse during that same time in 2019, which he again blamed on Boone-Harrison, the former business manager.

“Once I knew that personally, I made sure that was taken care of,” Wesley said.

The state still fined Wesley $30,000 for the violations it called “severe” and said “Estes’ consumers were misled.”

Leverson says she purchased a custom casket but claimed Wesley used it for someone else.

“He took my casket, and I know he sold it to those people who had that wake the day before my husband did,” Leverson said. “You go in there and you’re vulnerable already, and somebody sits there and takes advantage of you?”

A  judge ordered Estes to pay Leverson more than $600, but Wesley denied any wrongdoing when 5 INVESTIGATES asked him about it.

“It was not the wrong casket. I will unequivocally say that that is wrong,” Wesley said. “But sometimes you have to pay to get things taken care of.”

Wesley maintains the complaints filed against him by former employees were done to “destroy” his reputation and career.

In an interview with 5 INVESTIGATES, Wesley accused Boone-Harrison of defrauding Estes, but acknowledged that no one at the funeral home ever filed a lawsuit or a police report.

“They thought it would be better to let her go and move forward without her,” Wesley said.

Boone-Harrison was one of three employees who Estes let go in 2019.

Boone-Harrison says she turned down a severance payment because the deal also required her to sign a non-disclosure agreement.

“There was no amount of money that was going to keep me quiet,” Boone-Harrison said. “The Black community has trusted Estes and Estes has let the community down.”

The most recent inspection of Estes by MDH last summer found no major violations.

Although Wesley called the wording of the state’s investigation “one-sided,” neither he nor Estes has disputed its specific findings.

“As the licensed funeral director, what do you do?” Wesley said. “The buck kind of stops here.”