A disgraced commander in the Minnesota National Guard, who exploited female soldiers for sex, engaged in a pattern of sexual misconduct dating back nearly a decade – much longer than a military investigation had previously found, according to emails, text messages and pictures obtained by 5 INVESTIGATES.

The Guard allowed Lt. Col. Michael Pazdernik to retire last year with an honorable discharge even though he had targeted at least four soldiers directly under his command for his “own sexual gratification” dating back to 2016, according to military records.

RELATED: Sex, lies and disgrace: The honorable discharge of a commander in Minnesota’s National Guard

However, a former guard member now says she also had a years-long sexual relationship with the high-ranking commander beginning in 2011. 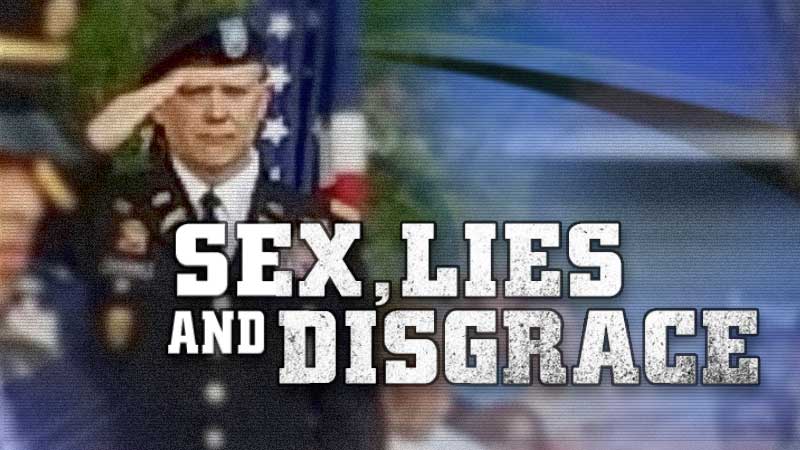 Cochran, of Forest Lake, was not directly under Pazdernik’s command but says she looked to him as a mentor.

"I went to him for advice," she said. “He took it in a different direction.”

Pazdernik declined to comment for this report but did not deny the relationship when asked by Investigative Reporter Eric Chaloux.

In an email to Cochran in 2014, Pazdernik suggested they spend the night together, asking, “your place, my place or a hotel.” {RELATEDSTORIESRIGHT}

Cochran, who decided to come forward after learning Pazdernik had been disciplined for exploiting other women, says she was not proud of the relationship but did not know where to turn for help.

“Because he’s a high ranking individual, I didn’t know who to go to, or who to talk to," she said.

Another former enlisted soldier, who asked not be identified, received sexually explicit emails and photographs from Pazdernik in 2011.

In one photograph obtained by 5 INVESTIGATES, a shirtless Pazdernik is seen flexing his arms. In a separate email, he wrote, “I’m trying to be a ‘good’ boy.”

In other emails, he detailed graphic sexual acts.

Such behavior by a commanding officer is a violation of military law and policy, according to the Minnesota National Guard.

However, the additional examples of misconduct uncovered by 5 INVESTIGATES likely will not impact Pazdernik’s honorable discharge, final rank or pension.

That’s because Maj. Gen. Jon Jensen, who described Pazdernik’s behavior as “disgraceful” in a letter of reprimand, chose a non-judicial punishment which limited the guard’s investigation to the last two years of Pazdernik’s service.

However, at a recent news conference, Chaloux pressed him to explain why he allowed Pazdernik to walk away with honor.

"I can make a request to try and prevent (an honorable discharge),” Jensen said. “But our experience in that type of action has not been very successful.”

Instead, Jensen said the appropriate punishment was to try and impact Pazdernik’s retirement by recommending he be demoted in final rank.

The Pentagon later knocked Pazdernik from Lieutenant Colonel down to Major, which reduced his pension.

However, the honorable discharge means Pazdernik will collect full military benefits for life.

Cochran, who says Pazdernik used her like “a pawn," is disappointed that he will not face more severe consequences.

"I think they need to actually do something instead of giving somebody like this a slap on the hand,” she said.

Yet, sharing her story has given her peace, she says.

"I actually feel proud of myself for once in so many years,” Cochran said. “I feel strong and proud of who I am."

If you know of any issues involving members of the Minnesota National Guard, please contact Eric Chaloux via email, Joe Augustine via email and Ana Lastra via email.