As an inmate with mental illness screamed obscenities from under the locked door in the Mower County Jail last April, Mark Morrison walked up and removed a canister of mace from his jailer’s belt, pressed down and shot a small dose of the chemical irritant through the door crack.

Security video obtained by 5 INVESTIGATES shows the inmate frantically roll away seconds after being sprayed, covering his eyes. Morrison casually walked away from the cell and would eventually walk back onto the job nearly a year later even though he was fired and criminally charged with misconduct, maltreatment, and assault.

"It pisses me off to no end," said Terese Amazi, the now-former Mower County Sheriff who initially fired Morrison after she reviewed the security video. "I watched it once and it was like, ‘No way. You’re not getting away with that.’"

Amazi said she believed the video evidence made it a "slam dunk" case. It showed what she called egregious conduct by a jailer towards a confined inmate with a mental illness who was not a danger to himself or others. Yet, she knew Morrison could still end up back on the job because of a legal challenge in arbitration that is afforded to public employees – including law enforcement – through collective bargaining agreements.

"That’s a roll of the dice with the arbitrator," she said. 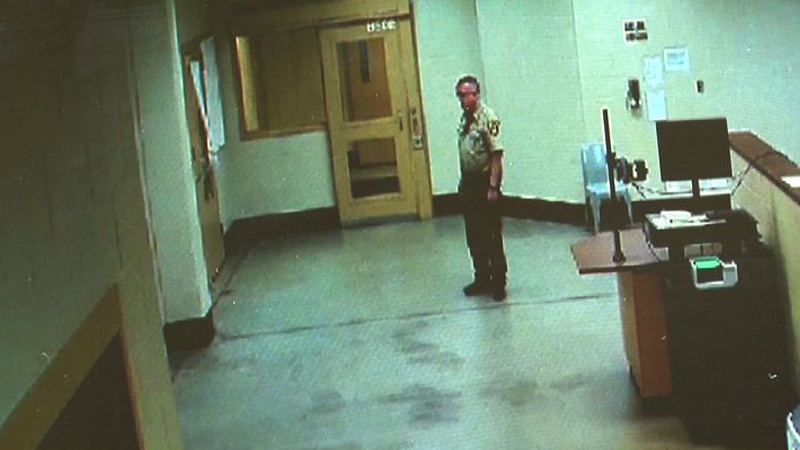 Morrison is one 59 officers in Minnesota who have challenged their termination since 2010, according to state records reviewed by 5 INVESTIGATES. Nearly 50 percent, 26 officers, won their jobs back in arbitration — including Morrison. You can see a complete list of law enforcement arbitration rulings from 2010-2019 at the end of this article.

An arbitrator ruled Morrison’s conduct only warranted a 20-day unpaid suspension. The criminal charges against him were later dropped.

Earl Gray, Morrison’s attorney, said in a statement that the video shows those charges "never should have been brought in the first place."

Amazi, the former sheriff, says Morrison should not have been allowed to keep his job regardless of the criminal charges being dropped.
She says Morrison’s reinstatement shows the arbitration system is flawed.

"Good luck getting rid of anybody,

just give them a suspension."

The numbers in Minnesota mirror what’s happening across the country, according to a national study published in the Journal of Labor and Employment Law in 2016.

"It is a 50-50 chance, why not roll the dice?," said Steve Befort, who has been an arbitrator in Minnesota for nearly 20 years.

He hears a range of labor disputes, but describes law enforcement cases as the "messiest."

"More eyes are focused on the case, which I think turns up the heat a little bit," said Befort, who is also a law professor at the University of Minnesota. "Arbitrators don’t make snap decisions on these cases."

In most cases, their decisions are final.

Earlier this year, the Minnesota Supreme Court ruled that the City of Richfield is bound by an arbitrator’s decision that awarded Officer Nate Kinsey his job back. Kinsey had been fired for hitting and swearing at a Somali teenager in October 2015.

"The Richfield case is a watershed, landmark case. I mean, it’s a big deal," said labor attorney Chris Wachtler who represents the union for police officers in St. Paul. "The supreme court has spoken."

He represents the five police officers recently fired by St. Paul Police Chief Todd Axtell for not intervening during an assault last summer. At a press conference earlier this summer, Axtell called their conduct "a breach of their duty and the public trust."

Wachtler disputes that characterization and believes the chief overstepped.

"Termination is a harsh remedy," he said. "Arbitrators are somewhat hesitant to uphold termination unless something bad happened."