An accounting failure by a financial arm of the Department of Defense caused at least one Minnesota veteran with 33 years of service to miss out on tens of thousands of dollars in retirement pay, and it could also be affecting other veterans who served their country more than once, a 5 EYEWITNESS NEWS investigation has found.

On Friday, a bipartisan group of five U.S. senators led by Sen. Amy Klobuchar of Minnesota signed a letter to the Department of Defense raising concerns about a backlog in processing retirement paperwork.

It was the second time he’d retired from the military.

Magnuson was already drawing retirement pay after more than 20 years in the Air Force when he got a call in 2004 asking him to return to service in the reserves.

"You get an opportunity to get back and do the thing that you absolutely love the most—red, white, and blue all the way," Magnuson said. 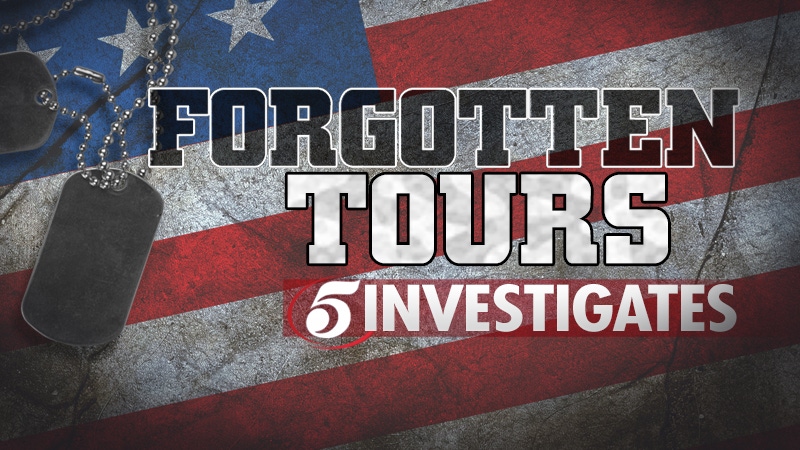 That second commitment eventually brought him back to active duty as a combat meteorologist, embedding with the Army at one point in Kirkuk, Iraq.

"We were mortared constantly," Magnuson said. "They weren’t hitting anything, but they only needed to get lucky once."

Magnuson retired again in 2013, but soon after that, he discovered his retirement pay did not reflect his additional years of service or a promotion he had received during that time. He says he got the "run around" from the government for five years as he tried to get answers.

In 2016, Magnuson asked the office of Sen. Amy Klobuchar for help.

"I needed to get some outside assistance and I felt by going through a ‘congressional’ we’re going to get there," Magnuson said.

But his struggle to get his retirement recalculated continued to drag on, frustrating him and the senator’s staff.

"What this involved, first of all, was a denial of benefits outright which made no sense," Sen. Klobuchar said. "Then we go from there to the point where we found out they were miscalculating the benefits. So, it wasn’t just one error. There were multiple errors along the way."

Finally, in October 2018, there was a breakthrough in Magnuson’s case.

"SMSgt Brian A. Magnuson is entitled to have his retired pay recomputed based on additional active duty performed after retirement," wrote Retirement Branch Chief Keith Barber.

Magnuson said his reaction was one of relief.

"We did it," he said. "There are a lot of veterans who are going to benefit now."

But almost a year after the Air Force issued that memo, Magnuson was still waiting for his benefits to be recalculated and he contacted 5 INVESTIGATES. He estimated he was missing out on tens of thousands of dollars in back pay.

"You shouldn’t have to fight for these (benefits) because this is something you’re entitled to," Magnuson said during an interview in September.

Three weeks after 5 INVESTIGATES contacted the Department of Defense about Magnuson’s case, he said he finally received about $50,000 in back pay and is now collecting an extra $900 a month in retirement.

"He does his job, he goes back, they ask him to serve, he does it, and then there’s no accounting for it," Klobuchar said. "Maybe they know how to do math? I think they do. And if we hadn’t gotten involved, if (KSTP) had not shed such a light on it, I don’t know where we’d be right now."

Previous emails to Magnuson from Sen. Klobuchar’s staff noted the military accounting office, DFAS, was "severely backlogged" in processing cases like his.

The agency declined a request for an interview, but disputed the existence of a backlog in an email to 5 INVESTIGATES:

DFAS Retired and Annuitant Pay Operations currently does not have a backlog associated with retired pay recalculation based on active duty recalls. These types of cases are rare and can require extensive coordination between DFAS and the retiree’s branch of service.

DFAS also said it could identify only two other retired veterans who had been recalled to service and are still waiting to have their pay recalculated.

For some unknown reason, the statement from DFAS does not account for Senior Master Sgt. David Adriansen of Shakopee.

By his description, Adriansen retired from the Air Force at the "old age" of 37 in 1997.

"One month before 9/11, I got a letter from a 3 star general from the Air Force saying, ‘you did your time. How would you like to come back in?’" Adriansen recounted. "20 years in the Air Force, it was just a job… I loved it, but to come back in served a higher purpose."

When Adriansen retired again in 2010, he says he didn’t know his benefits could be recalculated until an Air Force friend and fellow "retiree to reserve," Brian Magnuson, told him about it.

"The rules were unknown, but now that they are coming to light… the people who served the time should be compensated for the time they served," Adriansen said.

He’s now waiting on a response from the military.

Neither the Department of Defense nor DFAS has provided an estimate of how many retired service members answered the call to return to duty in the reserves, like Magnuson and Adriansen. Still, those two men and Sen. Klobuchar are calling for the military to take a closer look.

Two other Democratic senators and two Republicans joined Klobuchar in signing a letter sent to the Secretary of the Air Force and a Commander with the Air Force Reserve on Friday. The letter raises concern about what it called a "major information technology system malfunction" in 2018, an "outdated IT system," and "inadequate staffing levels" that affected the processing of pending retirements.

The senators are also asking how many service members have been affected by the backlog.

"What is the combined loss here? Should we be going and helping other people? Should you be looking into this in a bigger way in the Defense Department to see who else has been screwed out of their benefits that they deserve?" Klobuchar asked.