A former NHL player who grew up on Minnesota’s Iron Range says two of his former teams “intentionally concealed” key medical records that warned further head injuries could put him at risk of suffering recurrent seizures, according to a federal lawsuit filed in St. Paul.

"I shouldn’t have ever touched the ice again after that medical report,” Peluso said in a recent interview with 5 EYEWITNESS NEWS. “I just can’t believe they wouldn’t share that document with me. … It could have saved me a lifetime of grand mal seizures."

Besides seizures, Peluso, 51, now suffers from dementia and depression, according to medical findings contained in his lawsuit. 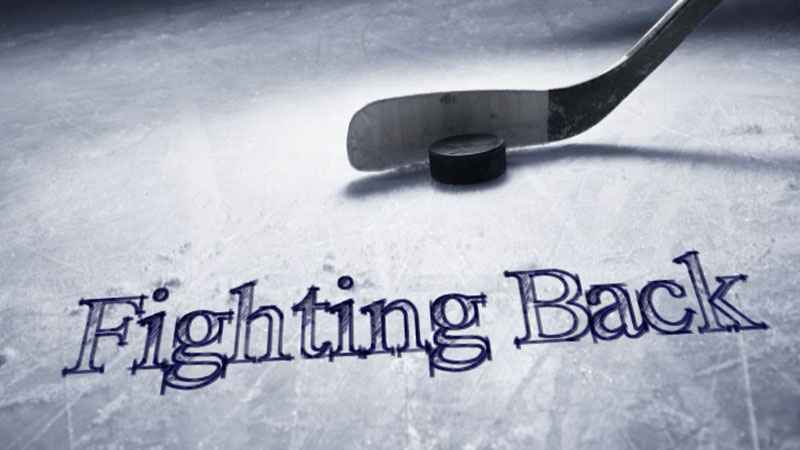 It was Dec. 18, 1993. The Devils were playing the Nordiques up in Quebec City, and Peluso had been knocked unconscious during a fight with Tony Twist, the Nordiques’ enforcer.

Video footage shows Peluso hit his head on the ice and lay motionless.

Once back in the locker room, Peluso recalls the conversation he had with the team’s massage therapist, Bob “Rubber Bob” Huddleston, while he showered, dressed and unknowingly repeated that routine.

He spent the night in the hospital. A team injury report, recently made public as part of legal proceedings, shows he suffered a concussion but was cleared to play by team doctors the next day. He returned to the ice two games later in Toronto and promptly fought again that night.

Peluso fought and won often during his 10 seasons in the NHL.

During his three years with the Devils, Peluso was part of the team’s infamous “Crash Line” of defensive enforcers assigned to impose their physicality in order to protect skill players.

"Just think of enforcers as being Secret Service for 15 presidents on the ice – that’s the best way I can explain it," Peluso said.

He now argues the Devils allowed him to continue fighting in order for the team to profit off the marketed violence of NHL hockey, according to the suit.

“The Devils intentionally misrepresented his condition… and instructed him to continue his role as the team’s enforcer,” his complaint states.

Less than two months after the Tony Twist fight, Peluso suffered a grand mal seizure on Feb. 14, 1994, while working out during a team road trip in Florida. Such seizures may result in a loss of consciousness and violent muscle contractions.

Lou Lamoriello, the team’s general manager at the time, blamed Peluso’s seizure on dehydration and poor nutrition, according to news reports; but the team also expressed concern that it was tied to the concussion Peluso suffered in Quebec City.

Soon after, the team sent its star enforcer to a neurologist in New Jersey who treated other Devils’ players.

In a February 1994 medical report, Dr. Marvin Ruderman wrote, “I do not believe (the seizure) was related to dehydration.”

He added Peluso understood there was still a risk of recurrent seizures and warned the team that he did not believe playing hockey in itself posed an excessive risk “unless (Peluso) were to sustain head injuries.”

The medical report was addressed to Lamoriello and two team doctors but not Peluso.

“It’s pretty (expletive) that you withhold medical records,” Peluso said, adding he does not remember even seeing the neurologist and was never told about the risk assessment detailed in the medical records.

Moving forward, it’s estimated that Peluso’s medical care will exceed $10 million over the course of his lifetime, according to the lawsuit.

Despite the warning regarding additional head injuries, the Devils watched Peluso fight 79 more times in a New Jersey uniform.

In 1995, Peluso helped the Devils win the Stanley Cup, the pinnacle of professional hockey. But Peluso says that achievement has been diminished by the brain damage he suffered in pursuit of it.

Reached by phone last week in New Jersey, Dr. Ruderman said he is “sorry (Peluso) is having medical problems” but could not recall details of the examination. He said he only treated Peluso once and typically sends medical reports to referring doctors, not patients. He added that he was “probably” asked by the team to send the report to the general manager.

The Devils 1993 injury report and the 1994 medical report resurfaced last year when Peluso was still part of a concussion lawsuit filed against the NHL by more than 150 former players. That suit, which is also being litigated in St. Paul, has resulted in the release of thousands of internal league and team documents.

After 22 years, the Devils’ “malicious secret” was finally uncovered, according to his suit.

Peluso then successfully introduced those medical reports in a California workers’ compensation case in which the Devils were found to have “wrongfully withheld the documents.”

A compensation appeals board found that the Devils failed to meet its legal obligations for two years by not producing the medical findings.

A team spokesperson for the Devils declined to comment.

5 EYEWITNESS NEWS reached out to the Blues for comment on the case. In response, Bruce Affleck, the Blue’s Executive Vice President, appeared to mistakenly send an internal email to a KSTP producer, writing: “Does this guy really think one of us will call him?”

Chubb Insurance declined to comment but in legal documents has argued Peluso is “attempting to have a trial by media.”

The company’s attorney also blamed Peluso’s seizures on “binge drinking, partying, lack of sleep, and noncompliance with medication,” according to its arguments filed in the workers compensation case.

During the recent interview at Peluso’s home in Woodbury, he detailed his darkest moment in which he contemplated suicide by mixing all of his prescription medication into a potentially lethal cocktail of pills.

“I’m going to take all this (expletive) right now and be done with it,” Peluso recalled of the episode.

That’s when the labrador retriever he once rescued – a dog that later showed an instinct for detecting the onset of seizures – rescued him.

“I looked at him and said, ‘Jesus, this isn’t right,’ ” Peluso recalled. “I said, ‘I’ll never do this again to myself, my family,’ and that dog literally saved my life.”

Now, Peluso said he has journeyed from denial of his condition to acceptance and understands the damage inflicted on his brain will ultimately decide his future.