When a judge sentenced Krisanne Benjamin to more than eight years in federal prison earlier this month for her role in a string of violent carjackings, it marked an important victory for the U.S Attorney’s Office and the FBI in Minnesota.

In response to a historic spike in carjackings around the Twin Cities in the last two years, federal agents and prosecutors are stepping into an area of violent crime that had mostly been left up to local authorities to solve in the past.

Charles Kovats, Acting U.S. Attorney for the District of Minnesota describes the effort as a partnership with state and local agencies facing a wave of crime like they have never seen before. In Minneapolis alone last year, police responded to more than 600 carjackings.

“Because this is an unprecedented time, we’re at an ‘all hands on deck’ posture,” Kovats said in a recent interview with 5 INVESTIGATES. “What’s different here is, first, historically, we don’t charge a lot of carjacking cases and now we are.”

In the case against Benjamin, prosecutors accused the 27-year-old of acting as the ‘getaway driver’ in a string of at least three carjackings in the span of a month in the summer of 2020. 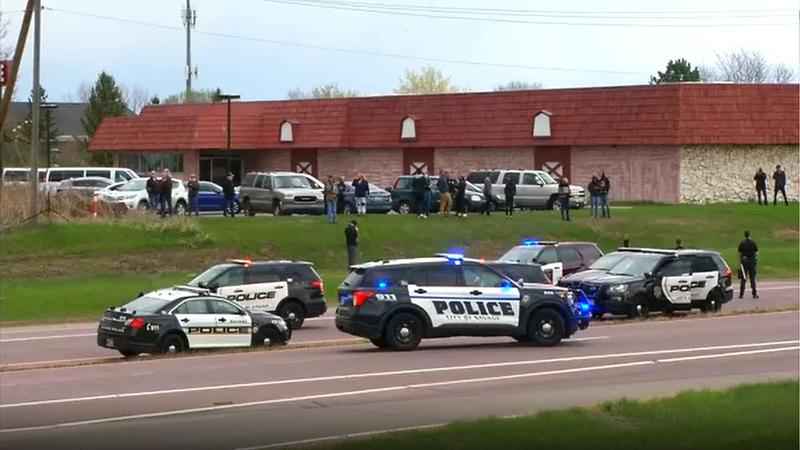 Investigators say Benjamin and Jeremiah Ironrope, 25, carjacked people in Maple Grove, St. Paul, and later in Richfield where FBI agents found the couple used a “sawed off 12-gauge shotgun” to threaten the owner of an Audi.

“Use of the firearms is always going to be something that gets the attention of the federal authorities,” Kovats said. “I think that when we can get the word out through engagements like this… that the feds are in this space and the penalties are severe that it hopefully will make a difference.”

Michael Paul, Special Agent in Charge for the FBI in Minneapolis says the agency has a track record of working with local law enforcement on violent crime, but the specific focus on carjackings is relatively new.

“As the threat increased, we simply increased our focus and resources and trying to work with the locals to help solve those crimes,” Paul said.

The FBI and U.S. Attorney’s Office say they are going after cases involving multiple carjackings, those involving guns, and crimes committed across more than one local jurisdiction.

But the feds will have to leave the prosecution of juvenile carjacking suspects to local authorities. In December, 5 INVESTIGATES reported more than 60 percent of carjacking cases handled by the Hennepin County Attorney’s Office involved defendants less than 18 years old.

“Because there is a significant amount of juvenile involvement here, it’s not an area where we’re likely to be putting scores of points on the board,” Paul said. “But we also know that just taking out one or two threat actors, like Ironrope or Benjamin, accounts for multiple incidents.”

Benjamin’s actions contributed to an “astounding and unprecedented surge in carjackings in the Twin Cities,” Assistant U.S. Attorney Nathan Nelson wrote in a memo before Benjamin’s sentencing last month. He added that the crimes “do tremendous damage to both the victims and the community as a whole.”

Prosecutors and agents say they hope the threat of longer federal prison sentences will deter some carjackers from committing more of the kinds of crimes that have so many people on edge.

“We’re looking for any little sliver of space where we can come together and have a success,” Paul said. “Anywhere that we can bring some effort, even though again it may not be a major federal initiative, is worthy in our eyes to work on this problem because no one agency is going to be able to solve it by themselves.”